We've been able to use the Pwn Plug on a few LARES Red Team tests.

We've mostly utilized the 3G out of band functionality, this allows us to more easily bridge that gap between physical and electronic attack.  Either way its been great and definitely a value add for us.


:: All Pwn Plugs include aggressive reverse tunneling capabilities for persistent remote SSH access.
:: All tunnels are encrypted via SSH and will maintain access wherever the plug has an Internet connection.
:: The following covert tunneling options are available for traversing strict firewall rules & application-aware IPS:
yak yak, lets see some action shots!

Its pretty straightforward and the documentation the pwnie express guys provide will get you up and running with whatever tunnel method you choose.

With the 3G stick plugged in. sorry kinda blurry, couldnt go back and take another ;-/

Final placement behind some boxes where it hung out for a few days. 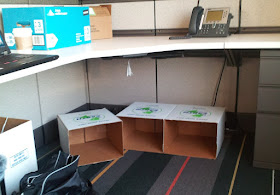